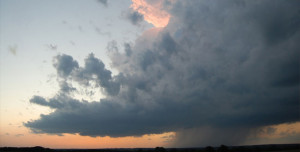 Texas is no stranger to drought. The seven-year drought of record in the 1950s was a turning point in Texas history that led to the formation of the Texas Water Development Board. Since then, Texas has faced several droughts, including its most recent and severe drought, which began in the fall of 2010 and lasted through winter 2014/2015. This website brings together relevant resources, links, data, and analyses to provide updated information on drought in Texas.

With summer 2018 underway, pockets of severe to exceptional drought have made an appearance in Texas, bringing with them memories of the state’s historic and devastating drought from 2010 to 2015. As folks wait to see what will happen during this year’s drought, now is a good time to revisit a Story Map developed by NOAA’s National Integrated Drought Information System (NIDIS) and Modeling, Analysis, Predictions and Projections program (MAPP). This story map is an interactive presentation that traces the evolution of the 2010-2015 Texas drought while taking users through a visual history of the event, using images and graphs to provide an interactive and engaging experience.

The Palmer Drought Severity Index and Guadalupe River Flow at Kerrville will be considered when initiating these drought stages.  Exempt Well Owners are not restricted in terms of percentage reduction but are encouraged to apply the recommended watering practices and restrict non-essential water uses as listed in the District Drought Plan.